Difference between revisions of "OCTOPUSCAMERA"

From OCTOPUSCINEMA
Jump to: navigation, search

The OCTOPUSCAMERA distinguishes itself from other high-end cameras by offering the user an open system which fully exposes its inner workings and processing pipeline. Where most cameras are a black box with secret proprietary processing and colour science, the OCTOPUSCAMERA discloses and encourages users to see what is actually going on inside. We believe that offering and encouraging full understanding of the camera's technical workings will improve the workflow, versatility and usability of the camera. The OCTOPUSCAMERA can also offer specialist image sensor options which may be considered not profitable by most manufacturers such as global shutter, full spectrum (IR) sensitivity and native monochrome.

Additional sensors to be announced... 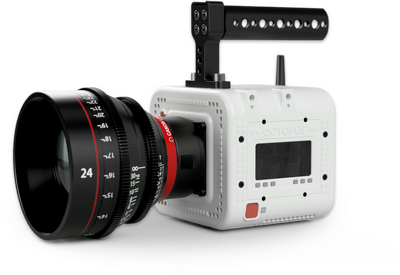 Additional sensors to be announced...